Gangster Rap vs. The World

Not really, we’ve come to love it. Although some lyrics go too far, the beat is what hooks most people. And if I have to listen to the objectification of poverty, minorities and consumerism, plus the glorification of police violence, gubernatorial overreach, and a certain colloquial term, so be it. Let the beat build.

The daily daily. I am not who I say I am. I am who I have built myself to be. Day after day, doing the things, I am who I’ve created. The closer I keep to my daily goals, the easier my yearly ones will follow.

What is the most honorable thing you can do? Too often, I get stuck on something. It doesn’t make sense, why won’t the world change to be more like I want, or even what the majority want? A police officer told me, and the group she was speaking to that everyone has the right to feel safe where they live. Being a good neighbor isn’t just about courtesy, it’s about building community. All progress may depend upon the unreasonable ones among us refusing to conform but we can’t lose track of what matters most. Priority is peace. Unfortunately, for some of us, that means captivity.

The fight for what’s right, even if at the moment not at the forefront, will continue.

There’s a problem with apartment housed drug use. Not always, but from what I’ve seen, a disturbance is almost guaranteed. The smell of burning cannabis is not always welcome, I get it. BBQ smoking? Yes please. Chimichurri simmering to the point doors and windows need to be opened? Even they know it's a pass. Broken meth pipes in the same parking lot where the kids play, prison. So here’s my stance, if someone is keeping to themselves, let them be. But when it’s 3 am and people want to sleep, and an apartment neighbor is vacuuming, we have a problem. Now, if you own your home, or at least can’t be heard by others, and the lights are still on in your living room at 3 am, party on player. We need not incarcerate IF there truly is no victim.

Source: US Government and algebra (62% of 6.1M) https://www.cdc.gov/ncbddd/adhd/data.html

Hard living is the problem, not narcotics. How easy is it to blame a substance when 1% of America is legally doing the same drug others are incarcerated for? Are there issues surrounding narcotic use, absolutely, but how many of those are exterorially imposed? Imagine a meth user was treated like a priveleged kid with ADHD instead of the scum of the universe. Imagine police COULD spend every second policing substances, policing pedophiles and their ilk instead. I think the world would be a better place.
King Sugar still reigns in most households but we still care for our loved ones even if they’re causing significant damage to themselves. What if the blight that is homelessness had one less hurdle to jump? Or the cartels in Mexico went the way of the Mafia in the US after alcohol was re-legalized? But before that, we have to be at peace with our neighbors and the communities we aim to build. Compassion is due to everyone, especially the ones unwilling or incapable of having a dialogue. Respecting their peace is a good start.
When it comes to police, before you take a minute of their time ask yourself if there is something more important that they could be doing. Because, you call, they show up, every time, no matter what. So let it matter. 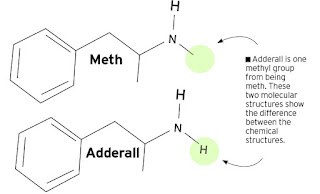 I don’t think I can live an unpolitical life. Politics is the business of policing others. We have undoubtedly gone too far in some areas and not nearly far enough in others. Priority #1 - Freedom. We need to free the unjustly imprisoned. We need to stop policing people that aren't harming others. I believe it's time we change our policies.

If a car is driving 10 miles above the speed limit in the fast lane it's illegal, there's no victim, and the driver gets a ticket! Another car is driving the speed limit but the driver loses focus for a couple seconds for whatever reason and slams into the car in front of him causing tens of thousands of dollars in property damage and bodily harm to the two passengers, this is not illegal, there are victims and no ticket! Where is the logic?

I don't think this is the best argument, but I hope it makes some sense. Because what we're doing right now across this nation and the world, isn't making much sense to me and it's time to act. From running red lights to regulating Sugar, things need doing and people need freeing. It's obvious our elected officials don't do what we want.

Wake up, consume. Exist. Sleep. Repeat. I can’t do it anymore.

My production to consumption ratio is terribly one sided. For every hour I spend consuming thoughts I should spend at least that producing my own. I don’t know if it’s going to work, maybe the ratio should be two to one (ears to mouth) but I’m certain 100 to 1 (or whatever it is) isn’t ideal for my mental health.

So, I’m back and seven days of posts are already scheduled.