I spoke on something I knew little about. A molecule isn’t what separates Adderall from meth, sure, they behave similarly when consumed but they’re different compounds. A molecule of water is two parts hydrogen and one part oxygen. By adding another oxygen atom all of a sudden you have hydrogen peroxide. One isn’t “a molecule away,” they’re different molecules completely. So to say “X is a molecule away from Y” is pretty embarrassing looking back and after taking college chemistry at GCC it became clear that I was wrong, spreading incorrect information and should fix it.

Moving forward, I will do better  by speaking on things that I know more about. Truth has to be the priority and if you see an error in my statements, feel free to let me know. I will always try to improve myself.

Still, I believe prohibition doesn’t work, bodies are unnecessarily piling up, profit seems to be a large motivation, and maybe this will change someday. The sooner, the better. My call to action is simple, if you’ve lost anyone to drugs, consider the alternative to our war on drugs and vote to change it. If you believe drugs should remain illegal then consider banning more substances, sugar seems to check off every box for a schedule I controlled substance and yet, it’s allowed to kill millions around the world every year, maybe slowly, but definitely causing harm. People are losing limbs to type two diabetes, but just because a small portion of people can’t regulate their consumption, does that mean nobody can enjoy the substance ever again? If you’re not willing to expand the war on drugs, then why should we support it as is? 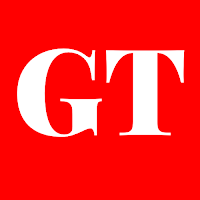